Ryan Guina has been running two successful blogs, Cash Money Life and The Military Wallet, for six years. I recently talked to him about how he manages two blogs and his secrets for becoming a successful blogger:

How did you get your two blogs started? Why two?

I separated from the US Air Force in 2006 and got married later that year. As a newlywed, I needed to learn more about topics such as job hunting, insurance, mortgages, saving, investing, and other personal finance topics. I started reading everything I could get my hands on and stumbled across some personal finance blogs that were run by “regular folks” (sites such as Bargaineering, My Money Blog, Consumerism Commentary, Mighty Bargain Hunter, Free Money Finance, etc.). I was amazed that other people were as into personal finance as I was, and even more amazed that they were running their own websites.

In early 2007 I took the leap and started my own site. Cash Money Life was born, and I wanted to accomplish three things: share everything I was learning about personal finance topics, create a reference resource for myself, and give back to the military community. There are a variety of military benefits programs that aren’t well-advertised to military members, and my goal was to create a resource that was easier to use than many sites run by the government.

I would love to tell you that my goal from the beginning was to create two sites, but that’s not the case!

What specific difficulties do you encounter maintaining two blogs and how do handle them?

Running one blog, and doing it well, can be a challenge. It doesn’t seem like it would be, but running two blogs is more than twice as difficult as running one site. I would love to tell you that there are economies of scale that you find with other businesses, but it doesn’t always work that way with websites. You can create templates and resources to streamline processes, but you still need to create twice as much content, do twice as much research, do twice the social media, etc.

The biggest issue is that operating more than one site splits your focus and energy, making it more difficult to stay on top of everything. It’s inevitable that the quality or quantity of the work will suffer somewhere. I try to keep the quality high, so I don’t publish as frequently as many other sites. We average around 20-25 articles a month on Cash Money Life, and 5-10 on The Military Wallet. I have found that I need to outsource much of the content in order to keep the quality of the writing high. So I work with several wonderful freelance writers who help with content creation and other tasks.

Splitting my focus also prevents me from working on some larger projects that I would love to tackle, such as ebooks, tools, and resources. Finding more ways to streamline my operations is high on my to-do list so I can tackle some of these larger projects and provide more value to my readers.

What do you do to promote and cross-promote your blogs?

The topics of my sites aren’t identical, but they are often complimentary. This gives me the opportunity to cross-promote more frequently than someone who runs two sites that aren’t related in any way. That said, I try to limit the cross-promotion between the two sites to the times when I think it will have the most immediate impact. There are a couple reasons for this: Google can be hard on sites that interlink too frequently, and I don’t want to make regular readers blind to my other sites. So I don’t link between the sites in every article, and don’t even share each article on the respective social media sites. I reserve those for occasions when I think the audience will find value in the content.

What do you wish you’d known when you started blogging?

That’s a great question. I wish I had a crystal ball back then so I could have prepared for the ways the Internet has changed in the last six years! Since those don’t exist, I wish I would have treated my blogs more like a business from day one. Not to “make as much money as possible” but in the sense that I should have taken a more measured and methodical approach with creating resources that will stand the test of time. I also wish I would have put more money back into my business from day one and focused on creating excellent content and growing my reader base. I have done well with these aspects, but not as well as I could have done with a more methodical approach.

What advice would you give to a novice blogger based on your experiences with your two blogs?

Start with one site, and stick with one site! I realize this is a case of “do what I say, not what I do,” but I stand by my recommendation. I know dozens of bloggers, and every blogger I know has more than one site, and often more than one site in the same niche. But almost every single person has had more success with one site, and much less success with their secondary site(s). As I mentioned above, your focus and energy can’t be spread equally over more than one site without something suffering. You will see much better results, and faster, if you focus on one site. If you decide to branch out to another site (most people do; it’s addicting!), then focus on building your processes first. Once you have things running smoothly, then branch out to another site.

My final recommendation is not to be afraid to ask, or pay, for help. I resisted this as long as I could, and it was the wrong thing to do. I have made so many friends by asking and answering questions, helping others, and participating in the community. And I have saved myself countless hours of frustration by hiring experts in things that I don’t have experience or skills in, such as design, code, and other technical aspects of running a website. 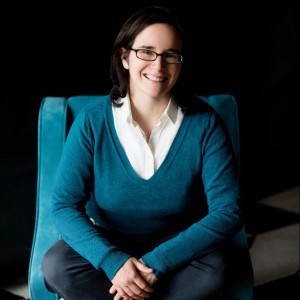