Raising your rates is an essential tool when building a successful freelance writing business. When first starting, you just want to find work.  As your business continues to grow, it’s essential to charge for the value you provide to your clients.

Ben Luthi is a personal finance freelance writer who went from making pennies per word to building a full-time writing business, earning six figures annually. He sat down recently with Andy Hill to talk about the steps he took to grow his freelance income and what writers can do to raise their rates.

How Ben Got His Start as a Personal Finance Writer

After graduating from college in 2012, Ben moved to Arkansas to be near family. After searching for six months, he finally got a job as a bank teller… and hated it.

Like many freelance writers, Ben started his freelancing career writing guest posts on other personal finance blogs, like Budgets are Sexy, Frugal Rules, and Club Thrifty. Originally meant as a way to get backlinks for his blog, Ben realized free guest posts also helped to build a portfolio of writing work.

Around this time, Ben heard from a website he previously wrote content for as part of an assignment for a financial planning class. They reached out to ask Ben if he wanted to write for them and get paid. He landed his first paid freelance writing client, making two cents per word. While he doesn’t recommend other writers accept writing gigs at that low of a rate, at the time, it worked out to a higher hourly rate than he received from his bank teller job.

From there, Ben started to land other clients, one who knew him through his blog and another he had met during FinCon 2014 in New Orleans. Related Post:  9 Reasons We’ve Loved FinCon for the Past 9 Years

Another big milestone for Ben was landing a full-time job at NerdWallet. As a staff writer for a year, he was able to hone his writing skills. Being attached to a popular website like NerdWallet also allowed Ben to build himself up as an authority as a personal finance writer, specifically in the credit card niche.

Ben writes about all aspects of personal finance now, but it was this initial time writing credit card content that helped him become an expert on the subject.

Even though he was working full-time, Ben continued to increase his freelance income, in part by raising his freelance writing rates. Ben admits that he’s not the best negotiator when it comes to rates. He says most clients fall into two categories in regards to negotiating rates:

Ben says that clients often ask for rates because there’s a good chance you’ll ask for less than they are willing to pay, which saves them money.

His New Strategy For Freelance Rates

Ben says he “shoots for the moon” and asks for his ideal pay rate. He used to be fearful that this strategy would cause clients to run the other way (which it occasionally has), but he says that isn’t the case most of the time. Typically, clients either accept his rate or send a counteroffer.

Now, if a client offers less than his minimum rate, Ben politely declines or tries to refer other writers to the client. Allowing yourself to be a resource to clients (or potential clients) can earn you more work down the road when they have a bigger budget. Related Post:  Growing Your Freelance Writing Income to $20,000 Per Month

After leaving NerdWallet, Ben made a list of companies he would enjoy writing for and then went to work. He looked for editors on LinkedIn and asked people he knew if they had contacts’ email addresses. Ben also reached out to editors he had met at past FinCon events.

Ben says he sent out 30 to 40 messages at the beginning of this process and probably heard back from five of them in total. Not all of them said yes. Finding new clients is a “numbers” game. It’s a lot of groundwork, but it’s vital to finding new writing work, especially earlier in your freelance writing career.

At this point in his career, Ben no longer needs to search for clients. After writing for several well-known personal finance websites, he’s built a reputation as a top-notch writer that other clients seek out. He now receives emails, along with Facebook and LinkedIn messages from potential clients frequently. Ben says that some clients look to see who’s writing for larger websites and often end up reaching out to those writers.

Dealing With The Ups And Downs Of Freelance Writing

Writing gigs can change from month to month for freelance writers. When Ben first became a full-time personal finance writer, he said yes to every job, which was very taxing. He’s the first to admit he took on too much work at that time.

If you’re worried about not having enough work, spend time doing whatever it takes to find more work. Ben says he tries not to stress when his workflow slows down. He sets a monthly income goal, and as long as he hits it, he knows his basic needs are covered. Another tip is to save money whenever possible. Build up your savings during “Feast” months to help with “Famine” months. When To Drop One Of Your Clients

There are times when you may need to end a working relationship with a client. Ben says that dropping a client is anxiety-inducing. Throughout his career, he’s dropped several clients for various reasons.

For Ben, there are two different perspectives to take when analyzing whether to drop a current client:

Maximizing Your Time As a Freelance Writer

Time is a valuable commodity, and using it wisely is one of the keys to becoming a successful freelance writer. Ben uses three strategies to maximize his writing time.

Identify when you’re most productive

Ben learned that he needed to be in tune with when he’s most productive. For him, it’s mid-morning to early afternoon, so that’s when the majority of his writing occurs. Find out when you’re at your best and plan your work schedule around that time whenever possible.

Ben uses an app called Toggl to track his “hourly rate”. Recommended by a friend, it’s helped him learn how much time he spends on each article. He’s found using a productivity tool like Toggl keeps him focused because he’s motivated to improve his hourly rates on articles. He’s less likely to stop to check social media accounts or take breaks.

Ben also hired a virtual assistant to handle some of his more time-consuming tasks, like fact-checking articles. Personal finance content requires a ton of fact-checking because of compliance issues. Ben found that he would sometimes spend as much time fact-checking as he did writing the article.

He was able to find a virtual assistant through the FinCon community. Ben says he provided his VA with a step-by-step process for fact-checking, a list of websites to use, and guidelines with each article of where to look for information. He only uses a VA for some of his client work, but it allows him to focus his attention on writing articles.

Ben uses Trint, an online transcription service, when interviewing sources for articles. He records his phone conversations instead of taking written notes and sends the audio to Trint to transcribe.

Related Post: When It’s Time to Go from Solopreneur to Team Leader – with Robert Farrington

Goals For Business And Balance

Looking towards the future, Ben has a couple of specific goals for his writing business.

The past couple of years have been all about building his freelance writing business, but Ben wants more balance in the future. He plans to take advantage of the freedom he’s created.

Part of that comes from setting a monthly income goal. Once he hits his goal, he either rejects any more work for the month or asks clients to push it to the following month.

Recently Ben has worked towards adding other income streams to supplement his freelance income. One way he’s doing this is through a travel blog he launched.

Another big project is the Freelance Writer Academy, a collaboration with fellow freelance writers Miranda Marquit and Kat Tretina. They met during their time working for Student Loan Hero and are all six-figure freelance writers now.

The academy will launch soon and will be home to several courses for freelance writers, along with other resources. Ben says their goal is to provide writers with the tools and resources they wished were available when they were first starting.

For freelance writers looking to increase their rates, Ben says to do whatever it takes to be worth those rates. Writers can increase their value by improving their writing skills, requiring fewer edits and revisions.

Asking for a raise is a regular business conversation. Make sure you’re providing clients with more value than they’re paying for before you ask for a rate increase.

Are you a freelance writer?

What have you done to increase your rates?

Special thanks for the awesome freelance writers who submitted questions! 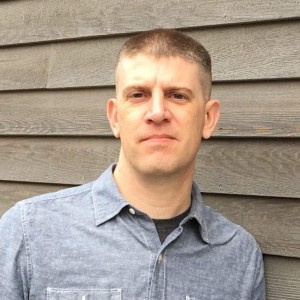 Kevin Payne is a freelance writer specializing in personal finance and travel. He is a regular contributor to Forbes, The Ascent, Student Loan Planner, and FinanceBuzz. His work has also been seen on sites such Credit Karma and Millennial Money. Kevin is the budget and family travel expert behind FamilyMoneyAdventure.com.