Jaspreet Singh is on a mission to make financial education fun and accessible.

He started Minority Mindset as a social media account simply to teach others how to avoid the mistakes he made and has since grown it into a full media company. His YouTube channel recently hit 1 million followers!

Jaspreet is also a serial entrepreneur, licensed attorney, and investor. We’re excited to hear from Jaspreet as a keynote speaker at #FinCon21.

In this episode of the Money & Media podcast, host Joe Saul-Sehy gets to know Jaspreet as they talk about where he started and how his platform grew to a full media company.

In this episode you’ll hear: Jaspreet is the CEO of Minority Mindset – a financial media company. The Minority Mindset YouTube channel has changed the lives of nearly 1,000,000 YouTube subscribers with their videos being viewed 5 million times a month.

Jaspreet is self-taught. His parents are immigrants from the state of Punjab, India. Like many of his second generation Indians, Jaspreet grew up thinking that he needed to become a doctor. But he found a new path. He started his first business – an event planning company – when he was in college.

However, Jaspreet didn’t see a future with that company. After graduating college, Jaspreet pursued law school where he continued his entrepreneurial and financial ventures.

After a couple years of research, Jaspreet invented a water-resistant athletic sock.

During the launch of his sock company, he was scammed by a marketing company which cost him thousands of dollars. This scam pushed him to start an educational social media page, which he called Minority Mindset. The Minority Mindset implies thinking differently than the majority of people. It’s not a racial minority.

He started Minority Mindset as a hobby just to teach others how to not make the same mistakes he made.

This social media page eventually grew into a YouTube Channel. Around the time when his YouTube Channel hit 100,000 subscribers – his sock patent was denied. At this point, he was forced to make a decision…

Continue with the sock company, or pursue Minority Mindset?

Now Minority Mindset has grown into a full media company. His company is completely bootstrapped. As he likes to say, YouTube funds his business. He uses his viral YouTube channel’s revenue to fund and grow Minority Mindset.

His brand has helped countless people get out of debt, start investing, and create a plan towards building wealth.

Subscribe through Apple Podcasts and new episodes will show up every month.

Would you rather listen on your smartphone? Try Stitcher, the iPP app for Android, the iPhone podcast app, or even Spotify. We’re available on each of these platforms.

Join Us for #FinCon21

Want to meet with other Personal Finance content creators? Join us for #FinCon21 September 22-25, 2021 in Austin, TX. Register for your pass today! 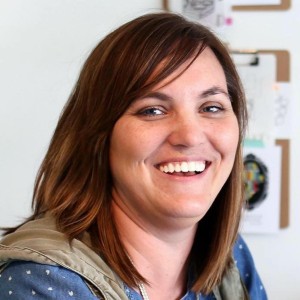 Libby is the Creative and Marketing Director for FinCon.