Beginners often tell us that FinCon is where they first discovered that there are other Money Nerds making content. It's where long-lasting relationships begin. FinCon is also where many discover the tools to create more effective and profitable content. Plus, beginners are often surprised to find sponsors interested in collaborating.

HAVE YOU BEEN CREATING FOR 3-5 YEARS?

DO BUSINESS • COLLABORATE • GIVE BACK • EXPAND REVENUE STREAMS

Congrats on putting in the work! Are you now looking for NEW brand relationships, business partners, or ways to diversify your income? As an experienced creator, FinCon opens doors to grow your business in new ways. It's also a great way to invest in new creators and give back to the community.

ARE YOU A PERSONAL FINANCE BRAND?

There's nowhere else where you can be among 2500+ other Money Nerds like yourself! While at FinCon, both in person and virtually, you can participate in platform, niche, and local meetups. You'll get to talk shop, collaborate, and just have a good time together.

WANT TO CONNECT WITH OTHER CREATORS?

There's nowhere else you can be among 2500+ other money nerds like yourself! While at FinCon, both in person and virtually, you can participate in platform, niche, and local meetups. You'll get to talk shop, collaborate, and just have a good time together.

WANT TO DO BUSINESS?

MEET WITH SPONSORS • PARTNER WITH OTHER CREATORS

FinCon offers numerous opportunities to get business done -- both in person and virtually. FinCon Central (our version of an expo hall) includes brands looking to partner with creators in a variety of ways. Consider upgrading to a Pro Pass and take advantage of a set aside time of meetings where you can talk with brand reps one-on-one.

WANT TO LEARN FROM INDUSTRY LEADERS?

Our goal at FinCon is to help you create better content, grow your audience, and monetize your work. You'll learn actionable steps and discover new tools to do just that.

Both experiences include everything you've come to love from a FinCon event -- plus, fresh updates!

Whether you’re in Austin or in the comfort of your own home, #FinCon21 will include opportunities to meet up with other creators, browse FinCon Central and do business with sponsors, access tons of content, and hear main stage and breakout speakers.

For those who choose to attend virtually, all #FinCon21 events will be accessed via the event app, available in both desktop and mobile versions.

“Always uncertain about how effective virtual conferences will be. But excited to share that I’ve already booked two new clients that I met at FinConX.” – Lee Huffman, #FinConX virtual attendee

Not sure the quality of virtual will be worth it? Check out this session from our recent virtual event.

For those who chose to attend in person, all of #FinCon21 main events, including keynotes, breakout sessions, and FinCon Central, will take place in the Austin Convention Center located in downtown Austin, Texas.

Our team is committed to ensuring COVID-19 safety guidelines are in place at the Austin Convention Center throughout the event. More specifics on these precautions will be available closer to the event.

To see a glimpse of what in person FinCon is like, watch this recap from the last time we were together.

SEE ALL IN PERSON PASSES

You’ll learn how to craft compelling digital content for your Personal Finance platform. Hear success stories and tips from content creators and experts in your niche.

You’ll learn how to establish your online presence by getting your quality content in front of more of the right people. Learn best practices related to marketing, branding, networking, SEO, and community-building.

You'll learn from proven experts exactly how to earn money by freelancing, pairing your content with relevant advertising, leveraging your influence, and creating your own products and services.

Jaspreet Singh is a serial entrepreneur, licensed attorney, and the founder of Minority Mindset, a financial media company & YouTube Channel with over 900,000 subscribers.

Jaspreet is the CEO of Minority Mindset – a financial media company. The Minority Mindset YouTube channel has changed the lives of nearly 1,000,000 YouTube subscribers with their videos being viewed 5 million times a month.

Jaspreet is self-taught. His parents are immigrants from the state of Punjab, India. Like many of his second generation Indians, Jaspreet grew up thinking that he needed to become a doctor. But he found a new path. He started his first business – an event planning company – when he was in college.

However, Jaspreet didn’t see a future with that company. After graduating college, Jaspreet pursued law school where he continued his entrepreneurial and financial ventures.

After a couple years of research, Jaspreet invented a water-resistant athletic sock.

During the launch of his sock company, he was scammed by a marketing company which cost him thousands of dollars. This scam pushed him to start an educational social media page, which he called Minority Mindset. The Minority Mindset implies thinking differently than the majority of people. It’s not a racial minority.

He started Minority Mindset as a hobby just to teach others how to not make the same mistakes he made.

This social media page eventually grew into a YouTube Channel. Around the time when his YouTube Channel hit 100,000 subscribers – his sock patent was denied. At this point, he was forced to make a decision…

Continue with the sock company, or pursue Minority Mindset?

Now Minority Mindset has grown into a full media company. His company is completely bootstrapped. As he likes to say, YouTube funds his business. He uses his viral YouTube channel’s revenue to fund and grow Minority Mindset.

His brand has helped countless people get out of debt, start investing, and create a plan towards building wealth.

There's a lot of info to digest related to #FinCon21, so our team hosted a Q&A to answer your questions. Press play to hear about virtual vs. in person, what's new in 2021 and what's making a comeback, and more!

The schedules for both the in person and virtual versions of #FinCon21 include these elements on these days.

A detailed schedule will be available later in the summer.

FinCon Central is the hub of the FinCon experience, and this year it will take place both live and virtually. It includes exhibits, live podcasting, video booths, and more! Our partnering brands will be there to network and meet with you, so plan to take advantage of this time to grow your network and do business.

We intentionally design FinCon so that you get as much real value from the experience as you can, and FinCon Central is a key part of that value. It’s a high-energy place to discover platform solutions, collaborate with other creators, and meet in person or virtually with potential sponsors.

Don’t just take our word for it

What do other attendees have to say? 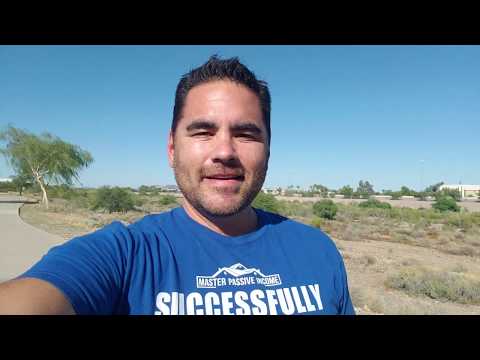 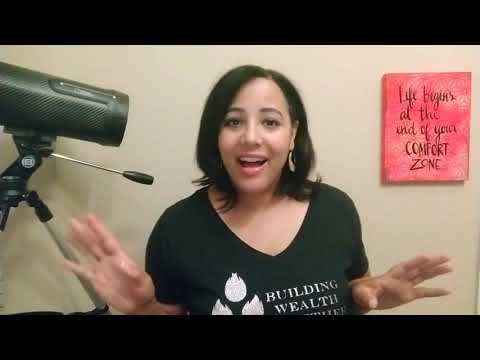 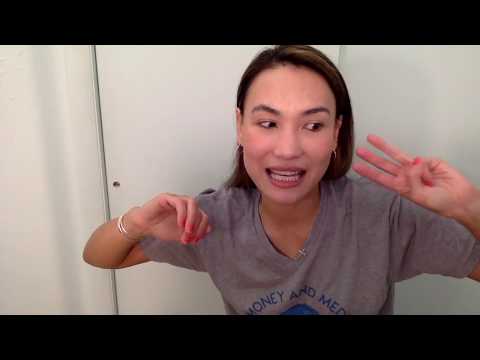 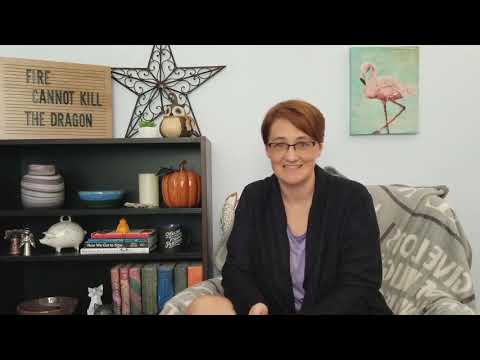 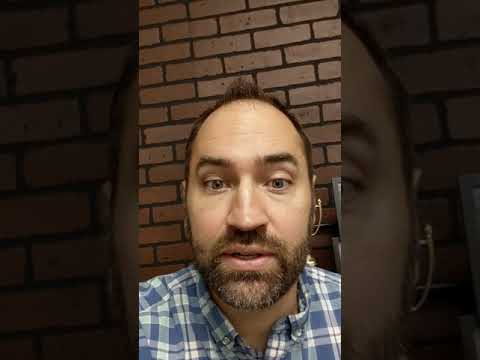 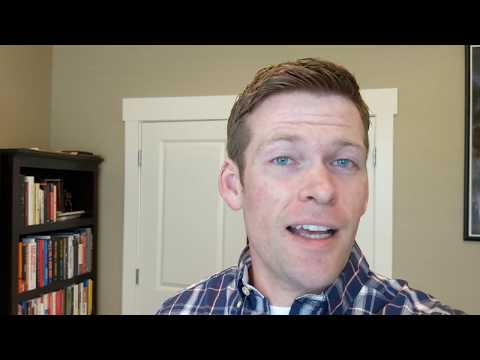 Interested in becoming a Sponsor of Exhibitor? Learn more here.

TEll me more about

And Why I should Upgrade

Pro Networking is an exclusive networking opportunity where Pro Pass holders and brands schedule mutually-beneficial meetings. The goal is to connect Pro level attendees to the companies and brands they want to do business with. Whether you’re a content creator or a brand who is attending in person in Austin or at home, you can still participate in these meetings.

Pro Networking events are only included with the #FinCon21 Pro Pass.

Can't decide which pass is for you?

In this video, the FinCon Team explains all three pass options and who we think is the best fit for each.

Please see the FAQs below for more details related to changing your pass type, transfers from 2020, add-ons, and more.

At FinCon, we take our swag seriously! The Swag Pack includes a limited edition #FinCon21 t-shirt as well as a few smaller swag items. If your pass is virtual, it will be mailed to you. If you are coming to Austin, you can pick yours up there. Add it onto your pass at the time of purchase.

What safety precautions are you taking related to COVID-19?

We are following the lead of the City of Austin, Austin Public Health, and the Austin Convention Center for all Covid-related safety precautions. They currently have enhanced cleaning protocols, social distancing measures, mask requirements, as well as related safety requirements for all vendors and A/V and general services contractors. Additionally, the FinCon Team is planning the schedule and space with these measures in mind. Since vaccines are currently rolling out nationwide and a lot can change between now and September, we will continue to update attendees as additional information unfolds.

We do not offer refunds for #FinCon21 passes. If you are unsure you can attend in person in Austin in September, you can purchase a virtual pass and upgrade to an in-person pass before the upgrade window closes this summer.

Is there a FinCon room block at a specific hotel in Austin?

We will email more information on hotels to pass holders in the coming weeks.

Is there a deadline to decide on attending Virtual or In Person?

Yes, there will be a window in which you can upgrade your pass from virtual to in-person. The deadline will be some time this summer, but we have not announced a date yet. We will email all pass holders to make sure they have plenty of time to make the upgrade decision, if they so choose.

What if I purchased an In Person pass but now prefer to attend Virtually?

Not a problem! Your pass will still give you access to all of the virtual event. Unfortunately, we will not be able to refund you the difference in price, though.

What if I purchased a Virtual pass but would like to attend In Person?

Not a problem! You can email us at admin@finconexpo.com to upgrade your pass.

For planning purposes, we will reach out to all existing pass holders (transfers from #FinCon2020 OR those who purchased in the exclusive sale after #FinConX) in the coming months to find out if you’ll be using your pass to attend either virtually or in person.

If I transferred my pass from 2020 or purchased a pass during the exclusive saleand want a t-shirt, do I need to purchase the Swag Pack Add-on?

Good news! If you transferred your pass from #FinCon2020 OR if you purchased your pass in the exclusive sale after #FinConX, you automatically get the swag pack (including the limited edition #FinCon21 t-shirt) with your pass. You do not need to purchase an additional swag pack.

If I transferred my pass from 2020, how long do I have access to digital recordings?

Good news! If you transferred your pass from #FinCon2020 OR if you purchased your pass in the exclusive sale after #FinConX, you automatically get lifetime access to all #FinCon21 digital recordings. You do not need to purchase the lifetime access.

I'm interested in sponsoring the event or having a booth in the expo hall? Who should I contact?

Email us at admin@finconexpo.com and we’d be happy to send more info!

You can also learn more on our Become a Sponsor page.