How To Write an Email That Actually Gets a Response

You spend what seems like hours deliberating over an email to a prospective client (and probably stressed for most of it trying to craft the right words) and finally press send.

Yes, there are certainly instances where it accidentally goes to spam (the horror!), the person is busy, or just plain forgot to email you back.

Don’t feel bad. With so much vying for our attention, it’s hard to get people to open our emails in general, let alone getting someone to respond to them. For those who rely on emails to get the sale, it’s especially important that we get responses.

That’s not to say you can’t craft an email that will not only get someone to open it, but to actually respond. Follow the following six steps and your inbox will be flooded with email responses in no time.

Have The Right Mindset

Before writing anything, remember what an email is all about: to start a conversation. Your first email isn’t going land you that six-figure contract right then and there. It’s more like, they’re interested in what you have to say and then you both go through a quasi-courtship ritual.

So when you’re writing an email specifically to get a response, just think of the email as one of many to get to your end goal, whatever that is. If it’s a sale, just get them to reply that they’re interested. If it’s to make a connection for networking, get the conversation going.

Thinking of emails this way helps to take the pressure off and allows you to create better emails.

Seriously, just stop of it.

It’s natural to think that having a clever email subject line, one that elicits curiosity (or dare I say, clickbait-like) will get someone to open the email. However, that’s not true at all. Let’s say you’ve got 200 emails in your inbox. Would you rather open an email that sounds kinda sorta interesting or one that demands your attention right now? In other words, would you open an email that may be sorta entertaining or one that is totally relevant to your job performance?

Unless you’re procrastinating, you’re most likely going to open emails that are most relevant. That means whoever you’re writing the email to feels the same way.

So how do you get their attention then? By crafting an email subject line that’s practical and to the point. Make sure you convey what your email is actually about.

You know, because the email subject line should be about the subject of the email.

The best way to approach is to not overthink it and try to write the point of the email within the first few words. For example, newspaper and magazine editors I’ve talked to liked it when writers put “Pitch: [name of proposed article]” as their subject line. That way, they know exactly what the email is about and will open it when they’re ready to look at article ideas.

Something else to consider is to make your subject line into one where the reader either answers yes or no to. For example, if you’re looking to pitch for freelance work, you could write “Need a freelance designer?” or something along those lines.

Getting someone to open an email is the start. Now you need to wow them.

Get to the Point

Once you get someone to open an email, don’t waste their time. Make sure that within the first few sentences you talk about what you mentioned in the subject line. So if you’re pitching someone, you better mention who you are, what you do and why you’re the best fit for their company.

Going back to subject lines, nothing irks people more than opening an email expecting one thing and finding out it’s not. So drop the clever email subject lines, and write what you need to say as quickly as possible.

One of the best ways to get a response is through a warm connection. It may sound a bit sleazy to namedrop to get attention, but it’s only that way if there’s no point to the name dropping.

Let’s say you know Bob is acquaintances with Mary, someone you want to work for. It’s probably not a good idea to talk about how you three know each other without some sort of tie into why you’re actually emailing her.

However, if you approach Bob and ask him for a connection or a referral, that’s a different story. For example, one of my writer friends spoke to a prospect about a writing project he couldn’t take on. He told me about the job and I emailed the prospect, mentioning my friend and that he said it was ok to contact her. It meant that was easier to establish a connection.

If you do decide to namedrop, make sure you mention the person’s name in the subject line. I use simple ones like “Bob Smith told me to contact you” or “Bob Smith mentioned you’re looking for freelancers.”

Flattery Works, But Be Careful How You Do It

Instead of name dropping, you can make a warm connection through flattery. No, I’m not talking about saying how awesome the person is and that wish you had their long, blonde hair. You’re trying to find one piece of timely news and using that as your “in”.

Here’s an example email of this in action:

I saw on XYZ.com that the team you led on the NASA campaign won an award last week. As a long time fan of your work, I am happy to hear that you won this well-deserved achievement.

My name is Sarah and I’m a content marketing writer specializing in aeronautical science. Clients I’ve worked for include NASA, Boeing and Delta Airlines.

Does it make sense to connect?

Ask a Question at the End

What many people forget to do is to give some sort of call to action at the end of their emails. If you’re a marketer, you probably already know this. However, you want this call to action to not only ask them to complete an action (e.g. reply to your email), but to incorporate a question for them to answer.

Why? For one, it goes back to the purpose of an email. When you have a conversation IRL, you’ll probably ask the person you’re talking to a question, right?

So asking a question at the end of your email works along the same lines.

As for the type of question, don’t overthink it. It could be something as simple as asking them if they want to see your writing portfolio, or if you can send a brochure about your latest product. Even a simple question asking them if it makes sense to continue the conversation (like in the email example above) will do the trick.

The more you make it easy for them to say yes or no to, the more likely they’ll respond because it won’t take them too much time to answer you.

Stuff happens. Emails can get buried, got to spam or the recipient is really that busy and forgot to respond.

So even if you write a great email, don’t be disheartened if you don’t get a response right away. Follow up in a week or two and reference your original email.

Even if you don’t get a response at all, just keep moving forward. At the end of the day, you did all you can.

Now to get em (in their inboxes). Sarah Li Cain is a content marketing writer, and mutimedia creator. Her aim is to weave practical tips and mindset strategies into her work so that those trying to change their money mindset can see themselves in the starring role. She loves answering listener questions on her podcast, sharing resilient money stories, or opening up her struggles with money by revealing current experiments she’s running. You can find her at her writer website (http://sarahlicainwrites.com/) or her podcast at Beyond The Dollar (https://beyondthedollar.co). 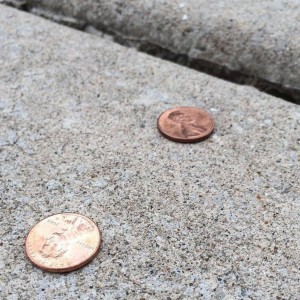